In February 2107 we reported on the development of the Digital CymaScope, a new type of scientific instrument that makes sound visible. In the instrument, sound’s vibrations are imprinted onto the surface and sub surface of water, creating vibrational patterns that are captured by a high specification ‘Blackmagic’ digital camera. The camera imagery can then be analysed by powerful software tools, generating valuable data. Since all the cells in our body generate oscillations and sounds, the implications for this new investigative tool in medical science are profound. In August 2017, Dr Sungchul Ji from Rutgers University in Piscataway, N.J., visited the CymaScope laboratory to carry out a series of ground-breaking experiments in which yeast cells suspended in water were introduced into the CymaScope for the first time. Dr Ji, said, “Some years ago I developed an aquaresonance hypothesis (ARH), which has testable features in cell biology, neuroscience, and medicine. For example, ARH suggests what may be called the ‘aquaresonance model of the origin of life’, which embraces the genesis of self-replicating RNA’s and DNA’s and to the evolution of proto-living cells. Water plays a dual role in cell linguistic communication, both as the medium and the message, just as marble can serve as the medium of artistic expression as well as the product of such expression, that is, a sculpture conveying a message. I was interested to see if the CymaScope could test aspects of my hypothesis. The results of our yeast experiments were more than I had dared hope for. Our simple series of experiments could lead to the emergence of a new science that we might call ‘biocymatics’, the study of the biological properties of living cells by examining their effects on the sound-induced water-wave patterns.”

John Stuart Reid, research director of the CymaScope laboratory, takes up the story. “When the 1% yeast-water mixture was injected into the instrument’s quartz cell, along with an equal volume of 1% aqueous solution of glucose, the result was a frenzy of activity for a few seconds, as though the yeast was ‘hungry’ for the glucose and acted in a dynamic way, just as people sometimes do when given food after a prolonged fast. But after a few seconds this frenzy was replaced by a beautiful asymmetric pattern. In discussions with Dr Ji we concluded that the addition of glucose induces certain physical and chemical changes in the yeast cells which affect water molecule clustering. If this proves to be true it may mean that we have a new tool for investigating the properties of living cells by observing their effects on water. After the initial feeding frenzy the yeast cells appear to change their properties more slowly as a result of metabolism. These slower changes cause sudden transitions in the observed water-wave patterns over a period of several minutes. It was very exciting to see events occurring that have probably never been seen before and that hold potential for the advancement of biology and water science.” 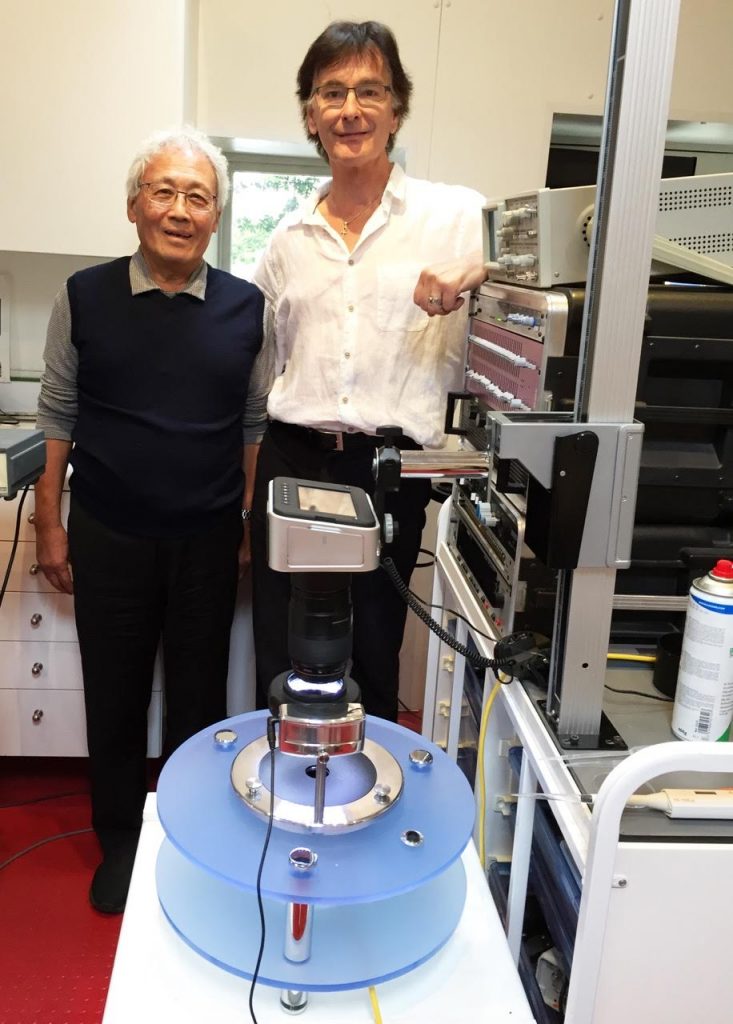