When Times Square Arts organization decided to honor New York’s essential workers, especially healthcare workers, the result was a series of groundbreaking cymatics videos broadcast in Times Square. In a collaboration between CymaScope.com and an artist collective known as Gathering of Noetic Generation (G.O.N.G.), a heartfelt piece of poetry was made visible by CymaScope instrument and displayed on Times Square giant screens. 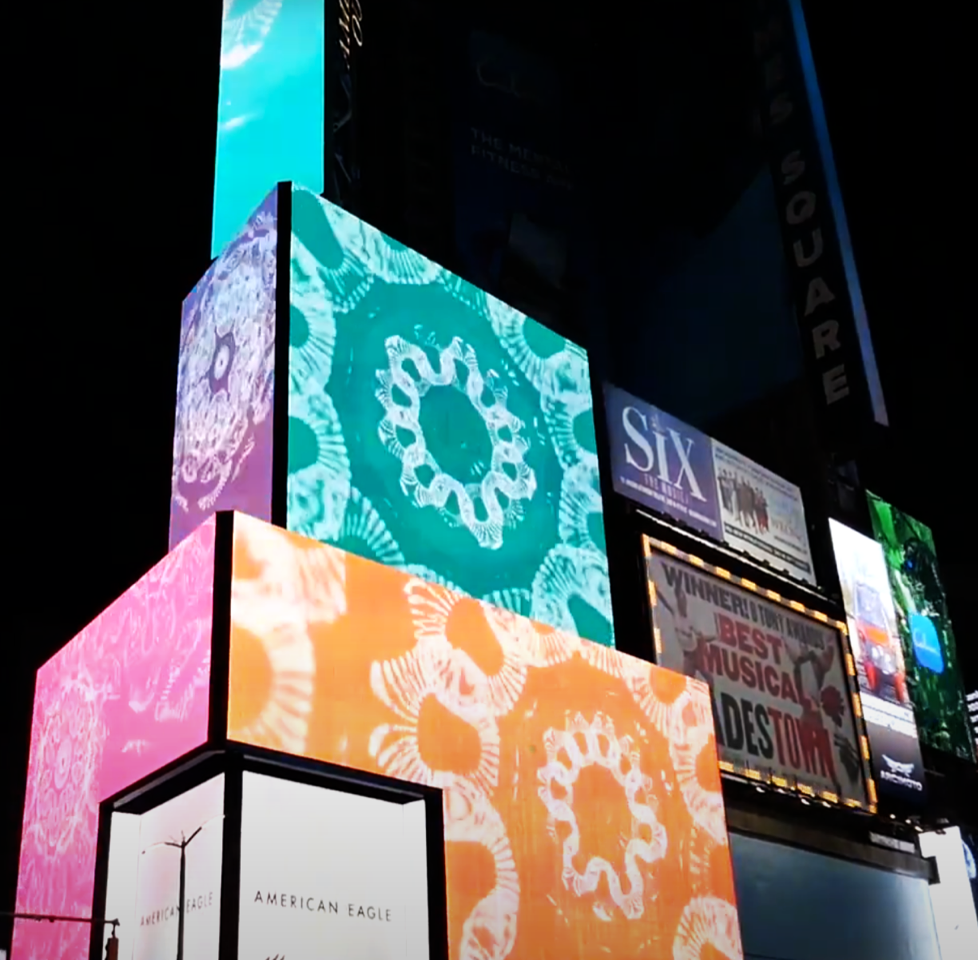 In a seamless blend of art and science the poetry was made visible by imprinting the spoken words onto pure water in the CymaScope instrument, resulting in a visually dramatic and beautiful message that reflects how each one of us, individually and collectively as a society, are deeply indebted for the sacrifices being made by those on the frontlines, as well as recognition of those enduring painful loss at this time. As one of the world’s busiest pedestrian areas, Times Square epitomizes the city that never sleeps, and the cymatic poetry displays a beacon of love, by day and by night, at this unique moment in history.

John Stuart Reid, director of CymaScope.com said, “The CymaScope team is honored to have been invited to assist in collaborating with Times Square Arts and the G.O.N.G. team of artists in creating this groundbreaking artwork, the first time in history that poetry has been made visible cymatically and the first time that cymatics imagery has been displayed in Times Square. This technique paves the way for the study of languages via their cymatic forms, and Professor Lila Pine of Ryerson University is already beginning to use a CymaScope instrument to make visible First Nation languages, to help raise awareness of this important aspect of North American heritage”. James Stuart Reid, who heads the CymaScope Lab2 facility, said, “The opportunity to make visible, English as well as Spanish, Russian, Chinese and Creole languages was an historic first and a genuine privilege. I was honoured to be part of such a wonderful collaboration”. 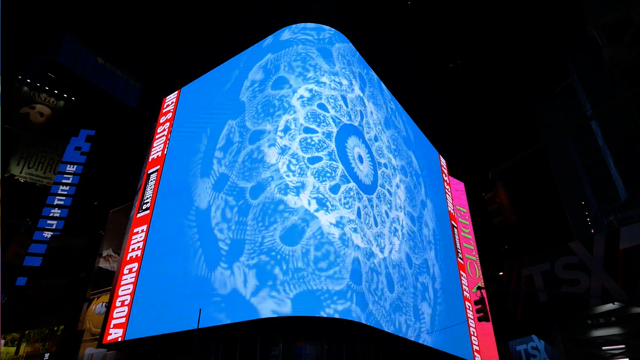 Mel Chin, the G.O.N.G. artist who was first approached by Jean Cooney of Times Square Arts, said, “There many ways to say thank you, but as an artist it’s always great to create something that exceeds expectations, which this collaboration has achieved so well.” And Dawne Langford, also a G.O.N.G. artist, said, “My hope is that the essential workers see that they are being valued and know that there are people who want a better, more equitable, care-centered future. I think the American public is witnessing science [sound made visible] in real time”.

The video begins with three heart beats made visible, followed by speech made visible. These techniques pave the way for a new way to analyse heart sounds and to study languages via their cymatic forms. Watch the video here of tribute poetry made visible in Times Square; the end credits screen lists the many people involved in its creation: https://youtu.be/yiER2op2TLM