Cymatics is the science of sound made visible and is based on the physics principle that when sound encounters a membrane, such as the surface of water or the membranes that surround our cells, a pattern of energy is automatically imprinted on the membrane. The pattern consists of antinodes–regions of high pressure–and nodes–regions of low pressure. In this process the periodic vibrations in the sound are transformed to become periodic ripples on the membrane’s surface, creating beautiful (though often invisible) geometric patterns that are analogs, or models, of the sound. Cymatics is therefore a natural process that is continually occurring inside our bodies, on the surface of everyday objects, and even at astronomical scales. See for example the giant hexagon on Saturn’s north pole in the astrophysics section of this site. And for more information on cymatics at the cellular level please refer to our microscopic cymatics section.

To understand the basic physics of cymatics it is first important to understand the misconception that exists concerning ‘sound waves’. The term ’sound waves’ as taught in schools, colleges and universities, conjures in the mind’s eye a wave traveling through the air, as depicted in the picture below in which we see a wave emitting from the young woman’s mouth. But graphs are (typically) representations that show how some form of energy varies with the passage of time; graphs are not representations of the actual space form of the energy being measured. Nature does not use graphs. The actual space form of audible sounds is that of a bubble of acoustic energy that pulsates in and out with the periodic motions of the sound source.

If our eyes could see the sounds around us we would see myriads of shimmering holographic bubbles, each with a kaleidoscopic-like pattern its surface. The CymaScope instrument reveals a cross section through a sound bubble: cymatic patterns on a circular membrane can be considered representative of a 2D slice through a 3D sound bubble. This is based on the physics principle that the crests of the ripples in the cymatic pattern are in phase with the crests of the pressure graph of the sound that created the pattern. The reason that the term ‘holographic’ is used to describe sound bubbles is because the vibrational information imparted to every molecule on the surface of the sound bubble is identical to the vibrational information imparted to every molecule contained inside the bubble. A helpful mathematical definition of ‘holographic’ states that: “the total information contained in a volume of space corresponds to an equal amount of information contained on the boundary of that space”¹. For more information on the physics of cymatics please refer to the physics section of this site.

John Stuart Reid invented the CymaScope instrument having been inspired by a cymatics experiment he carried out in the Great Pyramid in 1997, in which hieroglyphic symbols emerged on a PVC membrane stretched over the open top of the granite sarcophagus in the King’s Chamber. For more information on his Egyptian studies please refer to the Egyptology section of this site and for information on the CymaScope Pro instrument please refer to the CymaScope section. Like the invention of the microscope and telescope, which revealed realms that were not suspected to exist, the CymaScope reveals the once invisible realm of sound, via the science of cymatics.

The word ‘cymatics’ was coined by the Swiss medical doctor Hans Jenny, but the scientific term for this class of phenomena is ‘Faraday Waves’ after the English scientist, Michael Faraday who coined the word ‘crispations’ to describe patterns created by sound. For more information on cymatics History please visit the history section of this site.

As you browse this site you will discover that cymatics can be applied to a wide range of scientific and artistic disciples, everything from Astrophysics to Zoology. It is a hugely exciting new field that we invite you to explore for yourself, with support from this site and from our shop that has a wide range of cymatics products, including devices. 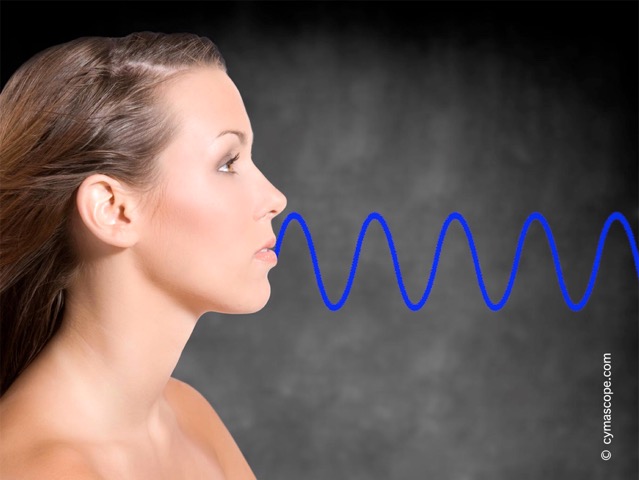 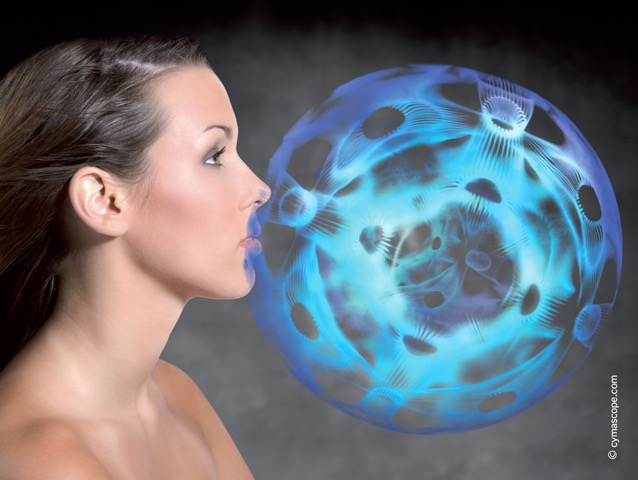